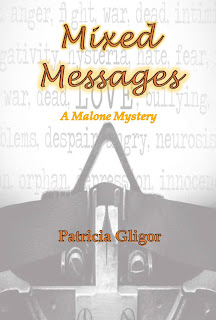 A serial killer on the west side of Cincinnati is attacking women in their homes, terrifying the residents of the normally peaceful, family-oriented neighborhood where Ann Malone Kern and her family live.

But Ann pushes those fears to the back of her mind as she struggles to deal with several personal issues. Her primary concern is her marriage which, like her neighborhood, is in jeopardy.

When a series of bizarre and frightening events take place and Ann receives both threatening notes and love poems, she feels like she's living in a world of mixed messages.

On Halloween night, a man forces his way into her apartment. Will Ann be the Westwood Strangler's next victim? 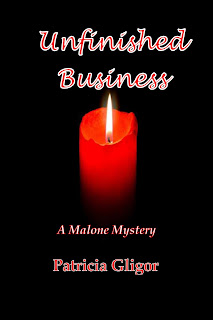 The Westwood Strangler is dead. Or so everyone believes.

The National Weather Service issues a severe winter storm warning for the Cincinnati area, predicting blizzard conditions, and Ann worries that her sister and her new boyfriend won’t be able to make the drive from South Carolina.

Then, a woman is found strangled in Ann’s neighborhood and everyone, including the police, assumes it’s the work of a copycat killer. However, when two more women are murdered in their homes, the police announce their conviction that the Westwood Strangler is responsible.

When Ann hears the news, the sense of safety and security she’s worked so hard to recapture since her attack on Halloween night, shatters. If the intruder who died in her apartment wasn’t the Westwood Strangler, who is? 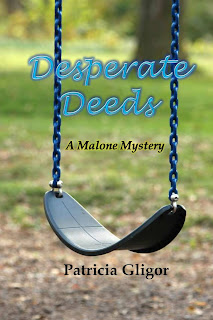 As Ann Malone Kern starts her new business as an interior decorator, the temperatures have risen, tulips and daffodils are in bloom and there’s a feeling of endless possibilities in the air. She has no idea that her world is about to be turned upside down.

The day before Easter, Ann wakes up to discover that her young son is gone. Frantic, she searches the house and the yard but there's no sign of Davey. Desperate, she and her husband, David, call the police but their ongoing search continues to turn up no leads. It appears the little boy has disappeared into thin air.

Another child, Kelly Kramer, has been missing since December. Where are the children? And what, if anything, can Ann do to get her son back? 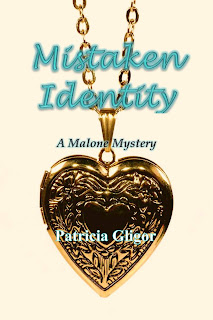 Ann feels like she’s in Paradise as she digs her toes into the soft, white sand and gazes out at the ocean. She’s looked forward to this vacation in South Carolina for a long time and all she wants to do now is bask in the sun, resting and relaxing.

But Ann’s peaceful vacation is disrupted when she goes for a solitary walk on the beach and something shiny catches her eye. She’s horrified when she discovers the body of a young woman with a gold locket twisted around her neck. And, she knows who the locket belongs to.

Ann feels an obligation to discover the identity of the killer and to see them brought to justice but, in the process, she places her own life in jeopardy. 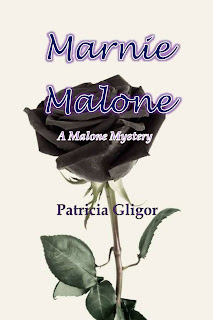 Someone is stalking Marnie.

As an attorney, Marnie Malone has made enemies through the years and she’s received her share of verbal threats. But no one has ever acted on them - until her last week at Cliburn & Reeves. However, in spite of the threatening phone calls, black rose on her desk and other ominous messages, Marnie refuses to be intimated.

But when it becomes apparent that the stalker knows where she lives, Marnie becomes nervous and apprehensive. Sam is out of town on business and she’s alone in the big, old farmhouse with strange noises in the attic, creaking floorboards and someone watching her from the woods.

As she tries to determine the identity of the stalker, the list of men who have grudges against her grows longer each day. Is the stalker someone from the past or one of the men on her list? And, how far will he go?

To read the reviews for the Malone mysteries and/or to order:   https://www.amazon.com/-/e/B007VDDUPQ
Posted by Patricia Gligor's Writers Forum at 10:30 AM 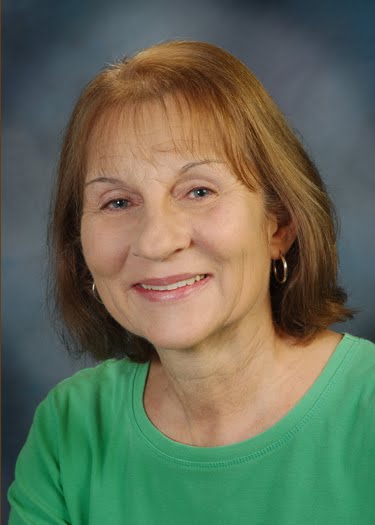 Each of my books may be read as a standaloe.
The Small Town Mysteries: 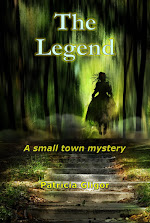 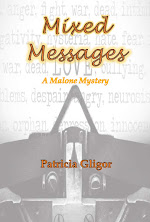 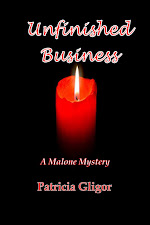 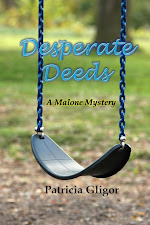 A 4th of July Mystery 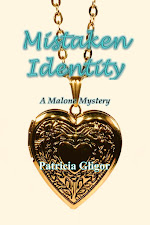 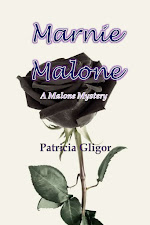